Chair of the LRC

leperez@berkeley.edu Pérez is Chair of the new interdisciplinary and transAmericas research hub, the Latinx Research Center, formerly the Center for Latino Policy Research. She is author of Chicana Art: The Politics of Spiritual and Aesthetic Altarities (Duke University Press, 2007) in which she theorized decolonial aesthetics and decolonial spiritualities while archiving the work of more than forty Chicana visual, literary, and performance artists from the early 1970s through the early 2000s. She curated UC Berkeley’s first and only US Latina/o Performance Art series in 2001-02; co-curated, with Delilah Montoya, the multimedia exhibition Chicana Badgirls: Las Hociconas at 516 ARTS gallery in Albuquerque, New Mexico, from January-March of 2009, and curated Labor + a(r)t + orio: Bay Area Latin@ Arts Now at the Richmond Art Center, CA (April-June 2011). She has published in numerous publications on feminism, Chicana/o and hemispheric decolonial cultures. Her book, Eros Ideologies: Writings on Art, Spirituality, and the Decolonial, was published by Duke University Press in 2019. With Dr. Ann Marie Leimer, she is co-editor of “Consuelo Jimenez Underwood: Art, Weaving, Vision” (Duke UP, forthcoming in 2022) which was awarded the College Art Association’s Wyeth Foundation for American Art Book Publishing Award. Pérez received her BA/MA from the University of Chicago and her PhD from Harvard. marcial@berkeley.edu  Marcial González received a B.A. in English from Humboldt State University in 1992, an M.F.A. in creative writing from the University of Utah in 1994, and a Ph.D. in Modern Thought and Literature from Stanford University in 2000. He is the author of Chicano Novels and the Politics of Form: Race, Class, and Reification (U Michigan, 2009), and is currently writing a book on representations of migrant farm laborers in Chicana/o literature. He is also the co-editor of Dialectical Imaginaries: Materialist Approaches to U.S. Latino/a Literature in the Age of Neoliberalism (U Michigan, 2018). His current research and teaching interests include Chicana/o literature, migrant and immigrant literature, farm labor social movements, and Marxist literary theory. He also recently co-convened a faculty working group entitled “Critical Prison Studies in an Age of Mass Incarceration” at the Townsend Center for the Humanities. Professor González is the recipient of research fellowships from the Ford Foundation, the Woodrow Wilson National Fellowship Foundation, and the Mellon Foundation. 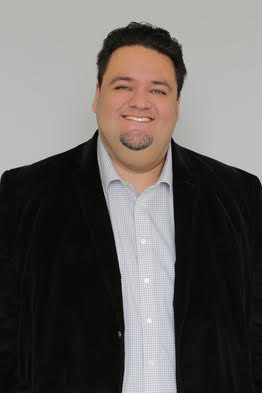 aztlan71@berkeley.edu Dr. Pablo Gonzalez is a Continuing Lecturer in Chicana/o Studies and Ethnic Studies at UC Berkeley. His PhD is in Cultural Anthropology from the University of Texas at Austin. He is originally from Berkeley, California. His work focuses on transnational social movements. In particular, he has investigated the political and cultural resonance of indigenous social movements on Chicanx and Latinx communities in the United States. Dr. Gonzalez also works on issues of criminality and illegality and he has also written on what a decolonial anthropology might look like. Dr. Gonzalez has presented and facilitated workshops on decoloniality in Mexico, Latin America, and Europe. He is currently working on his book manuscript which looks at Zapatista-inspired activism amongst Chicana/o activists.

Associate Professor in the Chicana/o Studies Program, Department of Ethnic Studies and served on the LRC faculty advisory board in 2018-19 and 2019-20.

grosfogu@berkeley.edu Ramon Grosfoguel is internationally recognized for his work on decolonization of knowledge and power as well as for his work in international migration and political-economy of the world-system. He has been a research associate of the Maison des Science de l’Homme in Paris for many years. gutierrkd@berkeley.edu Kris D. Gutiérrez holds the Carol Liu Chair in Educational Policy and is the Past President of the American Educational Research Association and the National Conference on Research on Language and Literacy. Gutiérrez was appointed by President Obama and confirmed by the U.S. Senate as a member of the National Board for the Institute of Education Sciences where she served as Vice-Chair. Her research examines learning in designed learning environments, with attention to students from non-dominant communities and English Learners. Her work on Third Spaces examines the affordances of hybrid and syncretic approaches to literacy, new media literacies, and STEM learning and the re-mediation of functional systems of learning. Her work in social design experiments seeks to leverage students’ everyday concepts and practices to ratchet up expansive forms of learning. Professor Gutiérrez’s research has been published widely in premier academic journals and is a co-author of Learning and Expanding with Activity Theory.

angela.marino@berkeley.edu Angela Marino, Ph.D., New York University. Research areas are: Performance and Political Theory; Fiesta and Carnival; Popular Performance; Theater History; U.S. Latinx and Latin American Studies. Marino is author of Populism and Performance in the Bolivarian Revolution (Northwestern University Press, 2018); co-editor of Festive Devils in the Americas (Seagull Press/University of Chicago Press, 2015) and is published in the Latin American Theater Review (2008); Harvard Revista (2014); e-misférica Journal of the Hemispheric Institute of Performance and Politics (2013); and Cultural Anthropology (2014). Prof. Marino is a Faculty Affiliate of the Latinx Research Center and served as Associate Director in 2018-19 and fall of 2019. They are also advisor to the Teatro Lab project, an ensemble course of community-engaged popular theater. More information on teaching, research projects, and publications can be found at angelamarino.net.

cmora@berkeley.edu G. Cristina Mora is Associate Professor of Sociology and Chicano/Latino Studies (by courtesy) at UC Berkeley. She completed her B.A. in Sociology at Cal in 2003 and earned her PhD in Sociology from Princeton University in 2009. Her research focuses mainly on questions of census racial classification, immigration, and racial politics in the United States and Europe. Her book, Making Hispanics, was published by the University of Chicago Press and provides the first historical account of the rise of the “Hispanic/Latino” panethnic category in the United States. This work, along with related articles, has received wide recognition, including the 2010 Best Dissertation Award and the 2018 Early Career Award (SREM) from the American Sociological Association. Making Hispanics has also been the subject of several NPR and national media segments on Census Politics and Latino identity (see links below). Her work has been published in venues like the American Sociological Review, Annual Review of Sociology, Latino Studies, and the Du Bois Review.

drkco@berkeley.edu A leading expert on social work practice within the Latino community, Dr. Organista’s research focuses on psychosocial problems within the Chicano and Latino communities, acculturation and adjustment of ethnic minorities to American societies, minority mental health, cognitive behavioral therapy, depression in Latinos and HIV prevention with Mexican migrant laborers/Latinos. Dr. Organista’s book, HIV Prevention with Latinos: Theory, Research and Practice, is the first-ever collection of texts written by leading authorities on the topic of HIV prevention among diverse Latino populations. It attempts to respond to the diminishing returns of the behavioral model of HIV risk by deconstructing the many social ecological contexts of risk within the Latino experience. He is also served as the principal investigator for a National Institutes of Health (NIH)/National Institute on Alcohol Abuse Alcoholism (NIAAA)-funded project that seeks to developing and test a structural-environmental model of HIV risk and prevention for migrant day laborers in San Francisco and Berkeley (2010 to 2015). Dr. Organista currently teaches courses on social problems and psychopathology, stress and coping and social work practice with Latino populations. Gpadilla@berkeley.edu Padilla recently published a study of a 17th century Spanish colonial epic titled La Historia de la Nueva Mexico, 1610 (The Daring Flight of My Pen: Cultural Politics and La Historia de la Nueva Mexico, University of New Mexico Press) that provides a reading of a 12,000 line poem within a context that considers the problematics of contemporary cultural representations of the first encounter between Spain and indigenous people in what is now the state of New Mexico. He argues that Villagrá’s epic poem of the 1598 Spanish colonial settlement reveals that the soldier was no mere chronicler but rather that his poem offers a subtle critique of the empire whose expansion he seems to be celebrating in the tradition of Virgil’s Aeneid.

Padilla now turns to a study early 20th century Anglo-American painters and writers who introduced a modernist aesthetic in Santa Fe and Taos that continued to objectify Mexican and Native people at the same time that these artists organized historical and arts societies dedicated to preserving “traditional”arts in the region. What I am trying to understand is the contradiction between these advocates and practicioners of modernity and, once again, a regional cultural hegemony that literally made it impossible for Native and Mexican American artists and writers to engage modernism on their own terms. hrod@berkeley.edu Dr. Hector P. Rodriguez is Henry J. Kaiser Endowed Chair in Organized Health Systems, Professor of Health Policy and Management, and co-Director of the Center for Healthcare Organizational and Innovation Research (CHOIR) at the University of California, Berkeley. He is an expert in organizational analysis and performance management in health care organizations and public health systems. Prior to his academic career, he was a management consultant for The Permanente Medical Group where he worked with leaders and clinicians in Northern California to implement primary care practice redesign and evaluate their impact on patient care. He has over 100 peer-reviewed publications, including key articles focused on measuring and improving patients’ experiences of care and patient-reported outcomes, primary care teamwork, implementation fidelity, and multilevel organizational analyses. Dr. Rodriguez is an elected member of the National Academy of Medicine and a recipient of the John D. Thompson Investigator Award from the Association of University Programs in Health Administration.

Professor, Sociology and Director for the Institute for the Study of Societal Issues

Martín Sánchez-Jankowski served on the LRC faculty advisory board in 2018-19 and 2019-20, and directed the Institute for the Study of Societal Issues and is also Chair of the Center for Ethnographic Research has taught at Berkeley since 1984. He received his Ph.D. from the Massachusetts Institute of Technology in political science. His research has focused on inequality in advanced and developing societies with a particular interest in the sociology of poverty.  He has done fieldwork with gangs, in poor neighborhoods, schools, and the illicit underground economy, and is currently engaged in a ten-year study of social change among indigenous peoples in India, the Fiji Islands, and the US. His research has been directed toward understanding the social arrangements and behavior of people living in poverty and he has published a number of books on the topic including City Bound: Urban Life and Political Attitudes Among Chicano Youth (1986); Islands in the Street: Gangs and American Urban Society (1991); Cracks in the Pavement: Social Change and Resilience in Poor Neighborhoods (2008); Burning Dislike: Ethnic Violence in Schools (2016); co-authored with five Berkeley colleagues Inequality By Design: Cracking the Bell Curve Myth (1996); and co-edited The Management of Purpose: Lewis Anthony Dexter (2010); and Children in Crisis: Ethnographic Studies in Interanational Contexts (2013)