The Latinx Research Center is a faculty-led research center offering research-centered support and collaboration to all campus researchers and is committed to building bridges and partnerships with other local research centers. Riot or Uprising: A Conversation with Pierre Labbossiere on the Haitian Crisis

Haiti has seen a series of demonstrations since September of 2019 that were triggered by a fuel shortage. Shortly after, demonstrators started demanding the resignation of President Jovenel Moise. Media outlets have depicted these demonstrations as riots. In this podcast, we hear from Pierre Labossiere, co-founder of the Haiti Action Committee, and look at the history of Haiti, to determine whether these demonstrations are in fact riots or whether they are part of an uprising that stems from Haiti’s long history of resistance towards oppressive forces. Language and Violence in Brazil with Dr. Daniel Silva

In this podcast we work through several themes including social media’s role in Brazil, especially through whatsapp, in constructing false narratives of political figures and events. We talk about Jair Bolsonaro and his use of language and its relationship with physical violence. We try to hash out what is novel about information today including the speed of information spreading and the vastly diverse amounts of information available to the public. We also discuss popular resistance in Brazil and the case of Marielle Franco. Lastly, we discuss the ideal future of how to deal with the rise of hateful language seen in Brazil. Is legal action appropriate? Is it constitutional? Ethical? Or, is there a responsibility for communities and people to stigmatize hateful language? And, how can this be done? 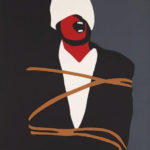 “Tell Me Why My Children Died”: Photograph Exhibition of the Venezuelan Warao Indigenous Community Health Crisis 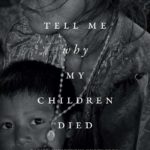 Circle of dialogue between local and resident Indigenous Elders, health activists, scholars, and Professor of Anthropology at UC Berkeley, Dr. Charles Briggs and Dr. Clara Mantini-Briggs, a Venezuelan public health physician and Lecturer in the Department of Anthropology at UC Berkeley. Between 2007 and 2008, mysterious deaths began appearing in indigenous Warao communities in the Delta Amacuro […]

“A Cipher Joined to Simulacra”: Representing Indigenous Resistance across the Americas 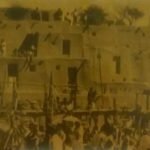