Berkeley Talks: The violent underworlds of El Salvador and their ties to the U.S. 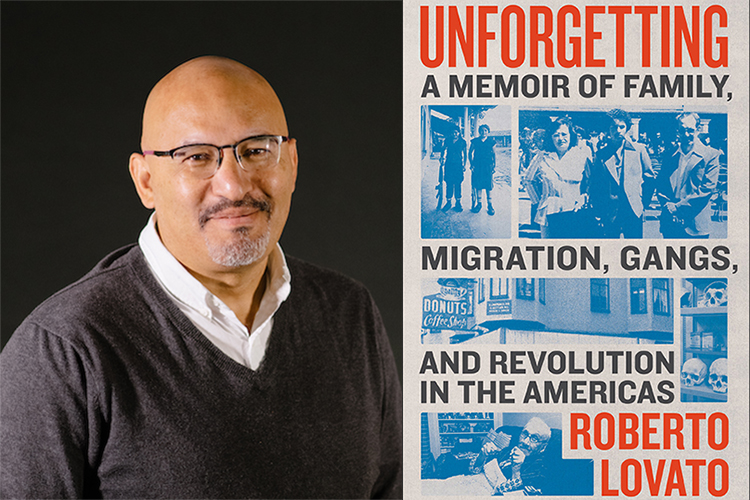 This past September, Berkeley’s Graduate School of Journalism and The Latinx research Center hosted a joint event inviting Roberto Lovato to speak on his latest novel Unforgetting: A Memoir of Family, Migration, Gangs, and Revolution in the Americas. Watch the conversation or listen to the Berkeley Talks podcast episode on the discussion below!

Roberto Lovato is a Salvadoran American journalist, activist and author of the 2020 book, Unforgetting. (Photo courtesy of Berkeley Journalism)

In this Berkeley Talks episode, Salvadoran American journalist and activist Roberto Lovato discusses his new book, Unforgetting: A Memoir of Family, Migration, Gangs, and Revolution in the Americas, with Jess Alvarenga, an investigative reporter and documentary filmmaker and a graduate of UC Berkeley’s Graduate School of Journalism.

In Unforgetting, Lovato exposes how the U.S.-backed military dictatorship was responsible for killing 85% of the 75,000 to 80,000 people killed during the Salvadoran Civil War, which was fought from 1979 to 1992.

Listen to the conversation between Lovato and Alvarenga in Berkeley Talks episode #98, “The violent underworlds of El Salvador and their ties to the U.S.”

Watch a video of the conversation below.

Subscribe to Berkeley Talks, a Berkeley News podcast that features lectures and conversations at UC Berkeley.