The End of the Cognitive Empire: A Book Talk by Boaventura de Sousa Santos 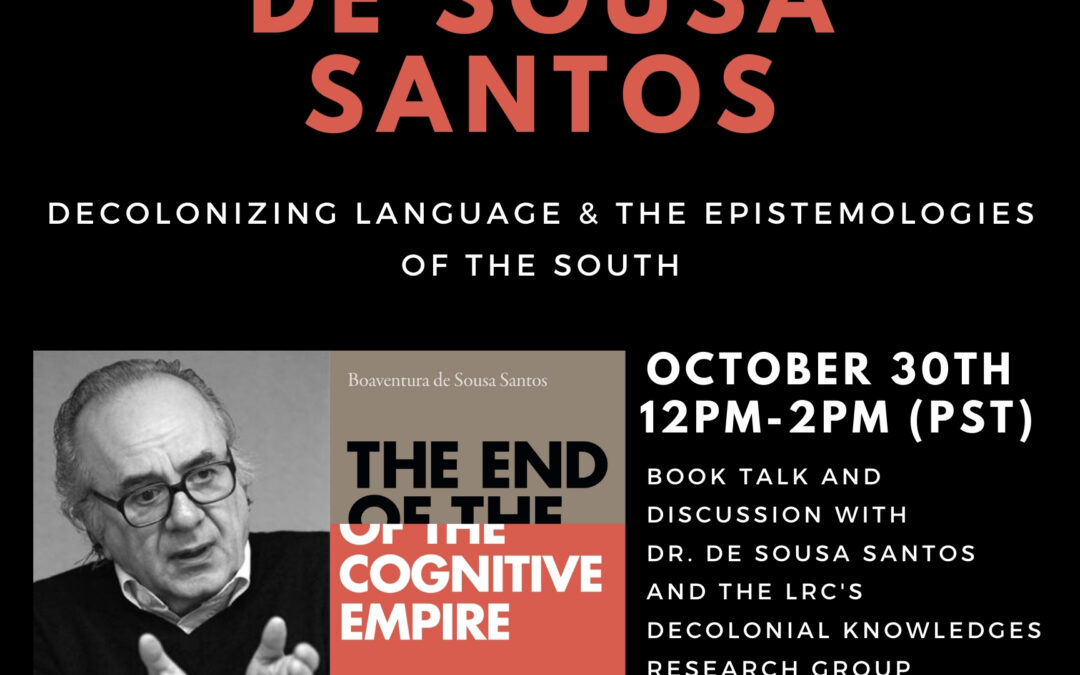 In The End of the Cognitive Empire Boaventura de Sousa Santos further develops his concept of the “epistemologies of the South,” in which he outlines a theoretical, methodological, and pedagogical framework for challenging the dominance of Eurocentric thought. As a collection of knowledges born of and anchored in the experiences of marginalized peoples who actively resist capitalism, colonialism, and patriarchy, epistemologies of the South represent those forms of knowledge that are generally discredited, erased, and ignored by dominant cultures of the global North. Noting the declining efficacy of established social and political solutions to combat inequality and discrimination, Santos suggests that global justice can only come about through an epistemological shift that guarantees cognitive justice. Such a shift would create new, alternative strategies for political mobilization and activism and give oppressed social groups the means through which to represent the world as their own and in their own terms.